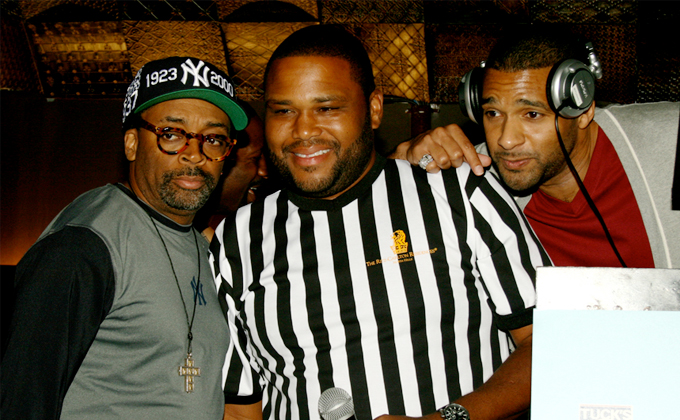 On July 13th, Music and Entertainment’s A-listers were out in full force to support Justin Tuck’s Celebrity Billiards Tournament at Slate in NYC. Pulse Creative provided videography and photography services to capture all the fun.

Justin Tuck of the NY Giants hosted the charity event to benefit his R.U.S.H for Literacy initiative, which promotes literacy amongst underprivileged kids in NYC & Central Alabama. In 2008, Tuck himself and other supporters donated $1,000 for each sack he made – raising over $100,000 with additional donations from private donors and other sponsors.

The "Black Widow" Jeanette Eng giving some tips to her teammate

Tony Shellman chopping it up with Kevin Liles and Vivica Fox