HOW TO BEAT THE HEAT (SHOULD IT HAPPEN AGAIN) 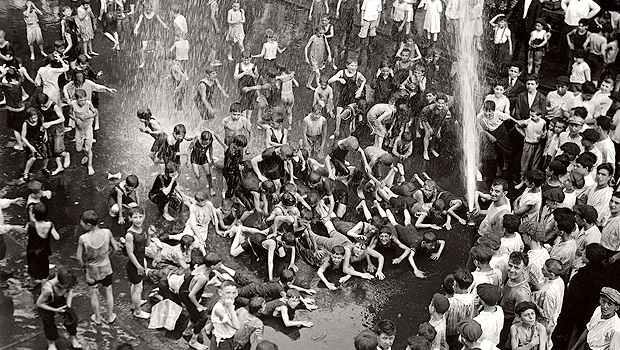 The month of August was named after Augustus Caesar to celebrate the achievements he made during this season during his reign.  For Pulse Creative it’s a time to reflect on how great our summer has been and to shake our fists at the Romans for not making some dumb holiday so we could have a three-day weekend.  We’re simple human beings that will look for any reason to drink.  Come on Romans, we thought better of you.

While we may wave our fists at the Romans for devoicing us an extra day of R&R, August is a special time for many of us to reflect and therefore complain about the less-than-appreciable (read: fuck this) parts of the summer.  Though we are saddened that the days of flip-flops and short-shorts are coming to an end, the one thing we won’t be missing is New York City heat waves.

This summer was especially bad, because our air conditioner in the office decided to be moodier than a thirteen year old daughter.

Here are our stories on how we beat the heat (kinda).

Allison: “I LOVED THE HEAT – NO NEED TO DO ANYTHING FOR RELIEF FROM IT!”

Jason: “I visit the freezer every 10min and stick my head in it.  I usually walk around with an ice pack tucked away in parts of my body that have the most issues dealing with the heat.  When waiting down in the underground saunas of NYC (our train stations), I usually make sure that when I hop on the train, it 1) has the AC working and 2) make sure I’m in the middle of the car because that’s where you get the optimal AC breeze. I’m also a bit OCD, so I usually shower about 6-10 times on days where it’s really hot.”

Dave: “I avoided the heat by doing the thing everyone else in the office never did during July: I dressed like it was autumn.  I came into work everyday with a long sleeve plaid shirt, jeans and a cap. Not once have I sweated at all.  I was playing Jedi mind tricks with myself: I convinced myself I wasn’t hot with the outfits I had on and 96.836% of the times it worked.  Now during the winter, I’m gonna try to wear shorts, a tanktop and sandals to see if that trick would work again.  Highly unlikely but hey, #YOLO right?”

Ashley: “Being from Florida, New York’s so called “heat wave” was what I call a Tuesday afternoon. I went into work everyday in my usual attire of combat boots, jeans, comic book t-shirt, and hoodie. “

Sal: “I did not manage to avoid the heat. It was hot, and I was dying a little bit inside everyday. This was the first summer that I accepted tank tops into my life, so there’s that. Also I live in a basement apartment, and don’t have the right windows for an AC, so I’ve had to get a little inventive. A regular fan works just fine, just put a bucket of cold water and ice behind it so it sucks up the cold air and you get some tasty waves.”

Steve:  “Cold beer on a hot day is my best and most magical solution to the heat… and most things as well. The pool and central air are godsends!!! Actually screw the wheel… central air is man’s most stunning achievement!”

Dimas: “Luckily for me, my time here started when the AC was fixed so I did not have to deal with any incidents of heat stroke in the office. However, I do remember that week when it was like 100+ degrees everyday, but I managed to deal with it by being sick. That entire week I was too busy dealing with my own body temperature to even give the weather a second thought. I would either feel too hot or too cold, and I would literally take walks in 100 degree weather to warm up because I was getting goose bumps from feeling so chilly. While I don’t encourage getting sick (because I felt like shit that entire week), it’s nice that I didn’t have to deal with burning to death.”

Dhare: “I decided to wear more clothes than usual during the heat wave.  The idea was to shield my body from the heat using clothes … this did not work.  What was meant to provide protection from the humidity backfired on me drastically.  I ended up created my very own jungle ecosystem around my body.  I wouldn’t be surprised if the cure for all of mankind’s diseases grew on one of my many layers.”

Erik: “I don’t know if I did avoid the “heat stroke” at Pulse. I don’t know if you remember my “infamous” night where it was hot as shit, maybe? Well the story goes, we were working late, Pulse late, you know? And the air conditioner was breaking? I mean, I still don’t understand the air conditioning in this place. It’ll work one day, then start breaking on it’s own throughout the day, so anyhow, it was on it’s last legs and it finally took a shit and broke for the day. So here we have Monica, literally running a real-life sweatshop. But hey, nothing makes you feel more alive than working in oppressive heat. I think everyone was there working on stuff for A&M, and someone had the genius idea (I think Dave) to order hot spicy Mexican food, as if we needed to sweat some more; like it was some kind of prank. So I ate my food, started working again, and I was just sweating my ass off by this point and started to feel woozy. So I took a break and laid down on the couch because I thought I was going to die. Then it hits me that I’m about to puke, so I run to the kitchen and do my thing in the trash can. I guess I felt a little better, still a bit lethargic so I sit back at my desk and do some more work and got sent home at like 11:30PM. And as I’m exiting the door, some asshole ran in, I guess, and broke a bunch of pipes costing like $10,000. Cool story, huh.”

So how did you guys cope this summer during the heat waves?