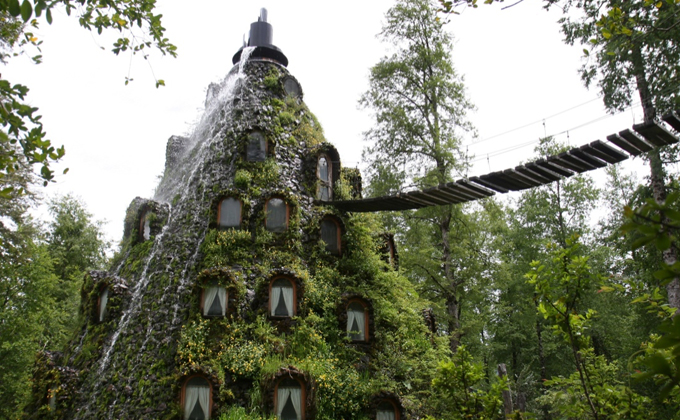 online cash loans in usa onlineWe’re getting near to the last days of the summer and if you haven’t gotten a chance to take a nice little break, now’s the time to do it. Other than booking the flight and the other usual things you need to take care of before you hit the road, the hotel that you choose to stay at is a big deal. Some of the most luxurious hotels I’ve ever stayed at have been the Holiday Inn Express, Red Roof Inn, and Howard Johnson. I’ve stayed at hotels where they hand you your key behind bulletproof glass. The first time I went to a hotel, they didn’t have shampoo or soap, it was initially a surprise to me, but it was even more surprising when there was no running water. I’ve also had the privilege of staying at numerous hostels. Hostels are essentially low class hotel rooms with bunk beds in which you share with strangers, along with a shared bathroom.

Anyhow, I’ve been selected to write about some of the most unique and/or overpriced hotels you could ever imagine. Unfortunately, none of the hotels I’ve ever stayed at made the list. Hopefully I have better luck next time. 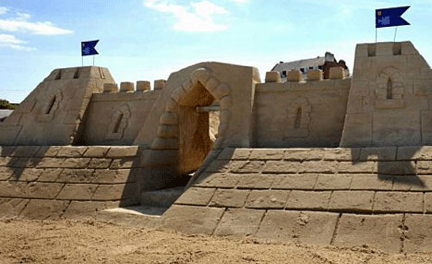 The world’s first sand castle hotel opened in 2008 in Weymouth Beach in the seaside town of Dorset in the UK. The hotel was constructed from approximately 1000 tons of sand by British sculptor Mark Anderson and was commissioned by laterooms.com to create the hotel for the summer.

As expected, the hotel is constructed entirely of sand, with sand-shaped furniture, beds made out of sand, and even the pillow that sits on the bed is made of… you guessed it: sand. At only $21 (probably the only hotel I could ever afford on this list), you can spend the night with no roof over your head. Sidenote: if there’s anything you don’t want covered in sand forever, leave it in the car. 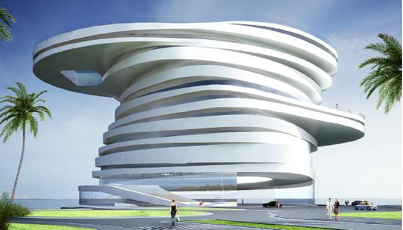 Designed by New York design firm, Leeser Architecture, the Helix Hotel will be a hotel in Abu Dhabi’s Zayed Bay. The projected structure is reminiscent of the Solomon R. Guggenheim Museum as it doesn’t have conventional floors and stairs like most buildings. Floors ascend with spirals and no clear breaks. The structure of the building will partially float in the water by the bay. The hollow center keeps foot traffic moving while circulating fresh air from the coast and bringing in plenty of natural light. While on the outside GROW panels harness solar and wind energy. 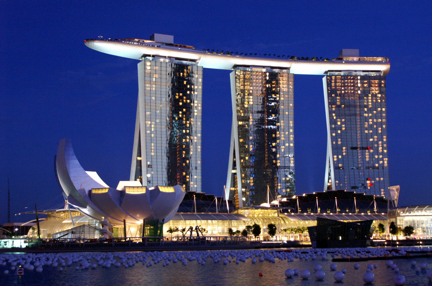 Publicized as the world’s most overpriced standalone casino property at S$8 billion ($6.2b USD), the Marina Bay Hotel looks like, in my opinion, a second grader designed it. But this exorbitant structure has a shopping mall, a museum, two large theatres, seven “celebrity chef” restaurants, two floating Crystal Pavilions, an ice skating rink, and the world’s largest atrium casino with 500 tables and 1,600 slot machines. That seems pretty cool, I guess. What I see when I look at this structure, are three fat middle fingers to anyone who cannot afford to be a real asshole. 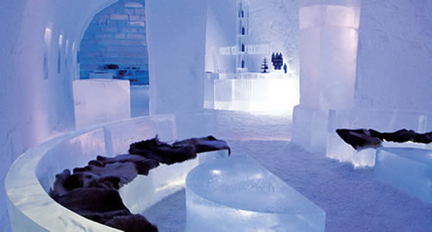 As previously mentioned in the post, one of the most famous hotels in the world is the Ice Hotel in Jukkasjärvi, Sweden. Opening in 1990, the hotel became the first of it’s kind using 100,000 tons of ice and 30,000 tons of snow to create the rooms and guest areas of the hotel, a church, and a fully stocked ice bar brought to you by Absolut. Even the glasses are made out of ice.

The hotel is erected each year from December to April. The same cannot be said for those staying in their bedrooms, which remains at a brisk 23 °F (−5 °C). I’m not sure how anyone uses the bathroom in this place, but if you want to capture this moment a little closer to home, try sitting in a port-o-potty in the middle of January. 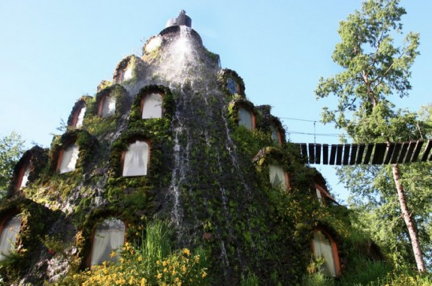 A story describes a mountain that has magic powers and grants wishes – the Magic Mountain. You may not believe in magic, but this magnificent mountain does have a beautiful waterfall pouring down as you peak through windows from the inside. But if that’s still not magical enough for you, there are all your usual lodge services you’d come to expect including: restaurant, bar, laundry, sauna, tubs, mini golf, and play area for children. The mountain sits in a forest in northern Patagonia at the Hulio Hulio preserve. 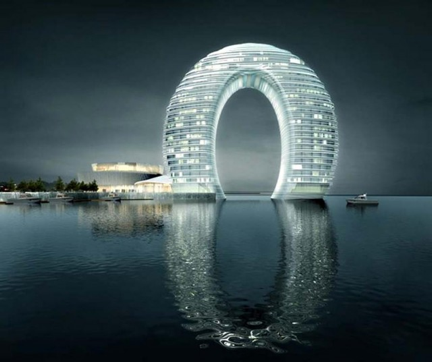 Nicknamed the “horseshoe hotel” and “doughnut hotel.” This “horseshoe” had its grand opening earlier this month of August 2013. It stands 27-stories high, over the skyline of Huzhou, near Shanghai. According to their website, they have 321 rooms, 44 suites and 39 villas, and everyone gets their own balcony, which obviously comes with views of the water. There’s also a “spa village” to satisfy more of your ridiculous demands. 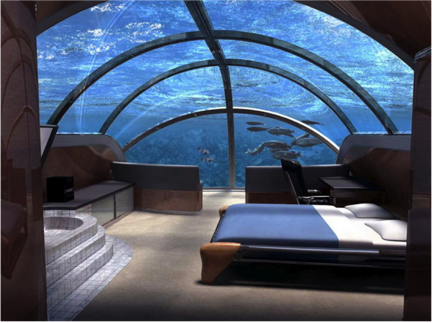 If you have ever wondered what it would be like to live in the fabled city of Atlantis, that dream may come true at Fiji’s Poseidon UnderSea Resort, when it opens of course. The resort is yet to be completed, but their ambitious plans for their underwater world include two fine dining establishes (one under the water and the other on land), the obligatory dive shop, a library/lounge, theatre, wedding chapel, golf, tennis courts, fitness center and a private swimming pool. And for the record, trashing this hotel room would be a real splash, or just catastrophic. 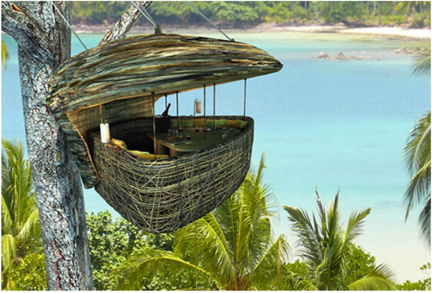 Located in Koh Kood, an island in Thailand, this eco-resort is a dream vacation for anyone. But only the despicably wealthy can afford this dream. There are so many attractions ranging from being cocooned in a tree-dining pod having your gourmet food brought to you by a server on a zip-line, to various spa treatments, and a plethora of other leisure activities. You can bet all your friends will hate you on social media. 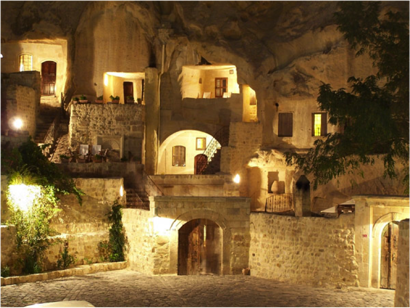 Lost in an ancient cave village of Urgup, Yunak Evleri, there’s a stunning community carved into the mountains. This is a caveman’s dream come true. This cave hotel includes six cave houses, 39 cave rooms dating back to the 5th and 6th centuries and a 19th century Greek mansion. Not all your usual tangible amenities like spas are included. But cavemen didn’t fuck around. While you’re here, get in tune with your fellow caveman; explore the underground cities, see the hidden cavernous churches, enjoy the view, and don’t hashtag. 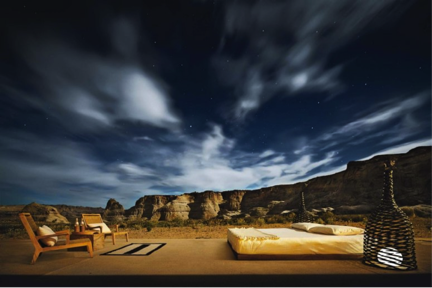 Meaning “peaceful mountain”, Amangiri Resort is built around a massive swimming pool hidden in a secluded valley with breathtaking views of beautiful stratified rock. With enormous surroundings, huge canyons, etc., this hotel is located on 600 acres in Canyon Point, Southern Utah. At $1000+ a night, peace and tranquility better be your thing. If it’s not really, make the best of it and hit the Aman Spa which features a floatation therapy pavilion, water pavilion with sauna, steam room, cold plunge and step pool, fitness centre and yoga pavilion.

With 30 upside down rooms and suspended beds; all different and absolutely unique, varying from strange to utterly insane. This is not like any other hotel you’ve ever been to, as you are “living in a work of art.” Located in Berlin, German artist Lars Stroschen is the madman behind this whole thing. If you want to do something new and probably stupid at the same time, this is definitely an unforgettable experience.

As the office rock star, Erik does it all – from graphic design and illustration to production and writing. Erik’s unique talents blend technical knowledge with practical experience. In addition, Erik has been producing and performing in a variety of extraordinary projects in and out of the office.