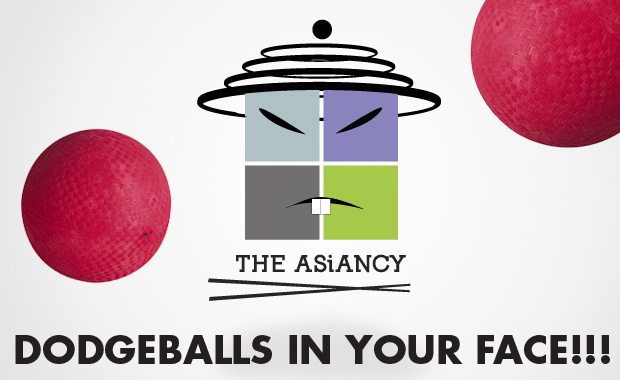 I’ve been waiting for last Thursday since the first week I started working at Pulse, as it was the opening game of the 2012 ZogSports Dodgeball league. ZogSports operates a co-ed social sports league that promotes social action. Registered teams get to select a charity to play for at the beginning of a season, and when a team wins, they donate the money to the team’s designated charity. On top of that, this league always lists a happy hour spot for people to hang out at after the games (and sometimes before :)). A portion of any money spent here at these bars is also donated to the represented charity. In our case, we’ve chosen to play for the American Cancer Society.

According to Uncyclopedia, the content-free encyclopedia, “Dodgeball is an ancient sport, perhaps the oldest known to man… the game was invented when one caveman, named Dirk, threw a rock at his friend Bud. He missed, but Bud, aware that Dirk had thrown a rock at him, retrieved the rock and threw it back. Dirk, already fully aware of the rock, managed to dodge it. Finally, Dirk threw a different rock at Bud. This time, Bud was struck by the rock and knocked out. With this stunning leap in human development, the game of dodgeball was forged. Not only had the basic actions of the sport been decided (throw things, dodge things), but the first rules have been written as well: if the object hits you, you are out. In this case, out cold.” While channel surfing the night before, it was amused to find that Dodgeball: A True Underdog Story was on. I went to sleep remembering the infamous “5 Ds” and dreaming of dodgeball glory. The next day the entire office was buzzing. This place is usually very efficient. But let me tell you, we were on some next level ish.

Oh and the name you ask? Well, our agency is pretty much made up of 50% Asians and 50% Illegal Internationals. If we went with the latter, we’d be putting ourselves out there (by the way, you guys aren’t really reading what we just wrote in the last 2 sentences). So, naturally, we went with the Asiancy. It also flows off the tongue alot better.

In any case, we all made our way down to the Y at Houston and Bowery. Team Asiancy, wearing purple, walked into that gymnasium with no doubt in our minds that we would do damage. Just look at our all-star roster:

So what happened next was inexplicable…

We got served. Whooped. Our asses handed to us. Taken to school. Spanked. We didn’t win a single game. Even though we went 0-4, we started losing by less and less with every game. There is still no doubt in any of our minds that we will win the league.

The Asiancy is a family, and this family has a few tricks behind its chopsticks. http://rusbankinfo.ru/