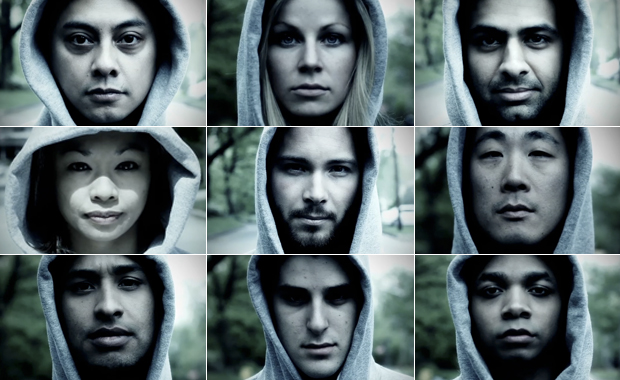 Our society has taken so many steps forward when it comes to race.

I have married a black man. Faced criticism from both family and friends. And overcome it. Today, my family and I are truly interracial and accepted by all of our social spheres. We feel no discomfort, walking proud and tall as a family together.

I have witnessed the million man march. What represented to me that as a society a million black people could come together, peacefully and be empowered. No longer just a “minority”.

I witnessed so many firsts like Leah Salonga in Broadway as a a lead in Miss Saigon. Tiger excel in Golf. The Williams sisters break through in tennis.

I have seen those “minorities” who have succeeded as equals in primarily caucasian-dominant roles. The pinnacle of this was the election of President Obama.

I have lived thru racism and stereotype from both caucasians, asians and african-americans, ironically. And I have ALWAYS risen above it. Even when it hurt and I wanted to scream out.

I have watched my own father never use race to give him an edge in business. He strove for acceptance in a world where he was foreign. He assimilated in many ways. As have I and my family to the American culture.

I have taught my kids patience where there is ignorance. Even though it exists in schools and children at early ages.

And I truly believe that 95% of the time, race is no longer a major issue to worry about. It is simply an obstacle that will lessen as more interracial families co-exist in our world. Especially in NYC, where it is a melting pot.

But then Trayvon Martin happens.

It is a jarring reality for me. Even the 5% of the time is sometimes just too much to accept. My heart is so heavy when it comes to this verdict.

I am listening to those who say race was not an issue.

I am listening to those say it is the prosecution’s fault for such a strong charge.

I am listening to them blame politics and the president’s comment of “If I had a son, he would look like Trayvon Martin”.

I am listening to issues of loopholes and self-defense laws.

I am listening to gun control issues.

I am listening to lawyers, to news hosts, to my social spheres.

I am listening to debate.

But I am crying inside.

It is sadly more than our justice system that has failed. It is that as a society, we have lost our common sense.

I do not know what the right charge should have been. Manslaughter vs second degree murder vs assault.

I know that an innocent teenager on his way home from the store is dead. And no one is being held accountable. And the man who killed him goes home and still has the right to carry that gun.

That seems on all levels (principally, ethically and plain common sense-wise) wrong.

These snippets of idealism and right keep playing in my head.

Praying for Trayvon Martin’s family today. Praying for my own kids and their future.

(Author: Monica Alvarez-Mitchell, CEO & Founder of Pulse Creative. The statements found in this specific blog post are not the statements that represent the feelings or stance of the Pulse Creative Team nor the company in general.) займ срочно на карту без проверок

Monica wears a multitude of hats for the company. To try and pinpoint exactly what she does might actually miss the point of who she really is. Her variety of skills includes photo retouching, composing creative blurbs, brand strategizing and Pulse Creative's ultimate Creative Director.