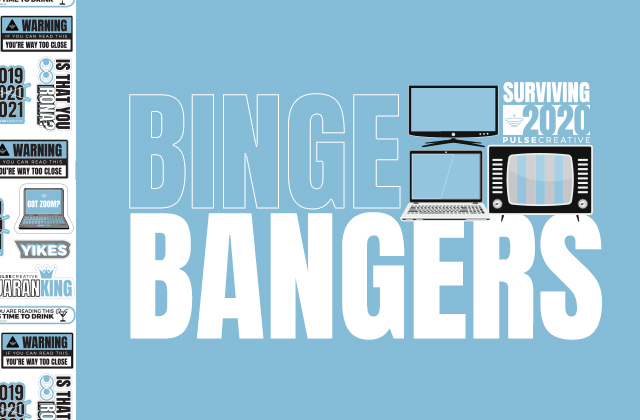 March 2020 is a month that changed all of our lives forever… well, hopefully at least for the next year or so, until :fingers crossed: life gets back to normal.  But for now, this pandemic is here to stay not just in NYC or the USA, but globally mirziamov.ru.

Expectations for a better future are at an all-time high, but you know what else has risen high over the past year?  Screen time – whether it’s laboring away in front of your laptop, toasting during virtual happy hour on your tablet, or doomscrolling the night away on your phone.  There has NEVER been a year people spent so much time looking at millions of pixels, and we have nothing but the pandemic to thank for that.

Let’s talk about the biggest screen we probably all own – the TV, and maaaan, what a saving grace television has been for us through this crazy time.  If there was any other better moment to be a couch potato, this was the year.  Folks at Pulse Creative have always considered themselves entertainment connoisseurs, however, especially now, we elevated our binge mastery to new levels.

Without further ado,  we present to you Binge Bangers – a Pulse Creative curated list of shows we think are worth watching, with commentary from our team on their picks!

For all three: “Shows my hubby and I watch together to keep from going stir crazy.”

David is a jack of many creative trades – whether it’s art direction, droppin’ technical knowledge, or producing quality designs. His brand guidelines dictate that his primary color must be #000000, is a Brooklyn native, is a defender of animals, and connoisseur of sounds over 200 BPM & as slow as 20 BPM.