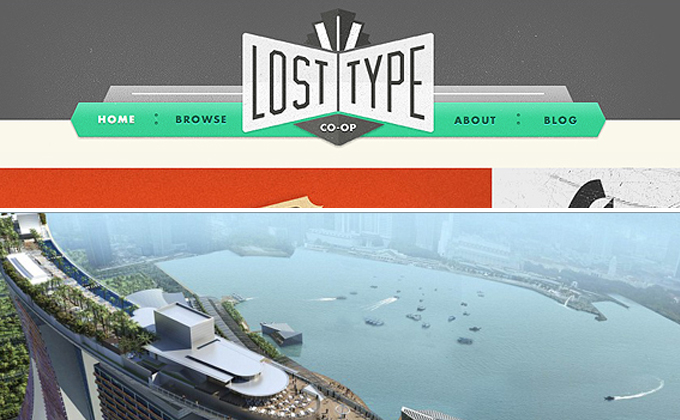 Definitely one of the coolest modes of Eco friendly transport we’ve seen. Sleek, stylish, and we’re sure its heavy enough to be used as a weapon. And it comes in a gouache pattern??!!!! AWESOME!!!

We’re obssessed with fonts. We try to add to our collection each day. Then we heard about this site and we nearly had ourselves a myocardial infarction! Pay-what-you-want fonts?!!!! Let it rain people…Let. It. Rain.

I Still Have a Soul

Filming duo Contraband put together this spec promo for HBO Boxing After Dark. The story takes place in NYC and covers a homeless man working his way up to become a professional boxer. Beautiful cinematography and concept in a 2 minute spot. Great story. Great video.

Back in the summer of 2010, Singapore introduced the Marina Bay Sands Casino and Resort. This massive complex designed by Moshe Safdie was originally inspired by decks of cards. The best part of this resort? We would say the pool that sits 55 stories high with a 478ft vanishing edge. The sign that says “no running” around that area? We would probably abide by that in this particular case.

This video for Sébastien Tellier’s Pepito Bleu is teeming with special effects. Don’t know what else to say about this. After you watch it, it’ll probably make you say “WTF?!”

Why Weird Is Wonderful

Forbes contributor, Jessica Hagy, uses simple but effective visuals to tell it like it is. A few weeks back, she posted why weird is more awesome than normal. Since we’re all a bunch of weirdos here at Pulse Creative, we figured this was very fitting and true.

Kate Beckinsale in All Her 3D Awesomeness