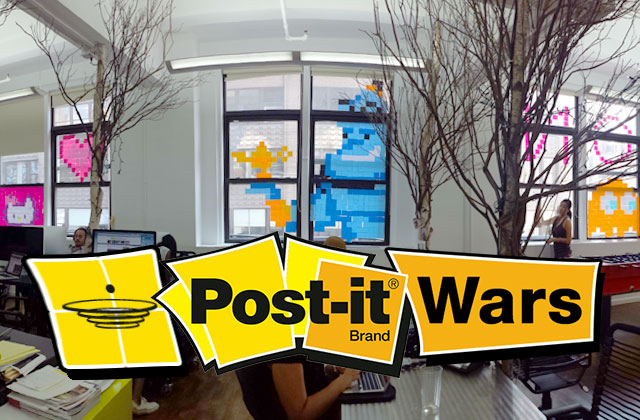 Выбрать и получить быстрый займ на карту круглосуточно без отказа на сайте rusbankinfo.ru We are at war. It is so intense within our HQ walls because the enemies began their onslaught a week ago. But as neighbors bearing witness to the ongoing slaughters, we felt the need to defend ourselves, defend our fellow neighbors, the Thuzians, and defend our building, Midtown Loft & Terrace, against our archenemies across the street at Next Jump.

The war has gotten so out of control that our landlord, The Tarkan, and his building minion, General Kadir, were so concerned about the damage to their building windows from all the creativity bombs exploding.

I got a call from The Tarkan midday on Humpday, Aug 13. The Tarkan’s approach was also stealthy, speaking about the world wars raging in Russia and the Ukraine, as well as in Israel with the Palestinians. He had just arrived back from the Ukraine and a jaunt in Europe. And speaking of war, he wanted to know what prompted this street battle and what exactly this was all about.

I had to tell him that. “Yes, we are at war, The Tarkan, and we are your champions. Our windows were being bombed by the enemies so we had to react. It is a fight to the finish. My brethren and I, we will not back down. I fight for my fellow Pulse Creatives, my brothers and sisters. And for you my liege, The Tarkan. Because this is a fight to the death of all empty window space on 29th & 5th.” This is our #29thand5th #PostItWar zone. And this is how it all began…

It started with a post from Next Jump last week. A gauntlet was thrown. A simple question from across the street appeared: Post-It War?

Across the way, our upstairs neighbors from the 7th floor, The Thuzians, accepted the challenge. Thus began the #postitwar of all wars. 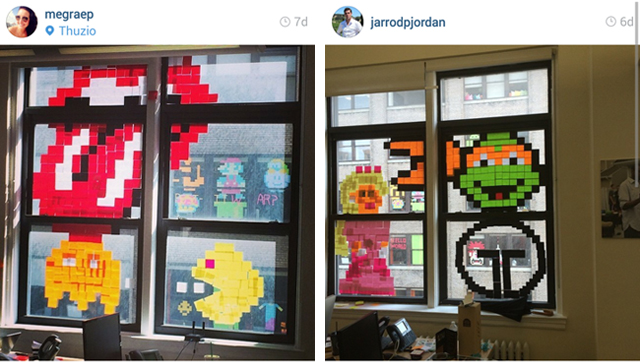 At some point, the war got the attention of the weapons dealers. Such that Post-It products, seeing such dedicated fighting, decided to send weapons to both sides. Egging on this waging battle of pink, white, red, blue, green, purple and black. 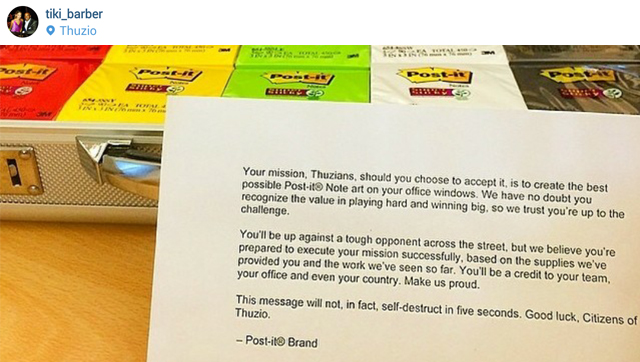 But we Pulse Creatives sat idly by, just watching the bombs exploding on each side. But as the days progressed, the creativity of our neighbors and the enemies waned. We determined that we couldn’t just sit here and watch the war end without a clear winner.

So we sent our fearless Char Char off to get us some supplies. 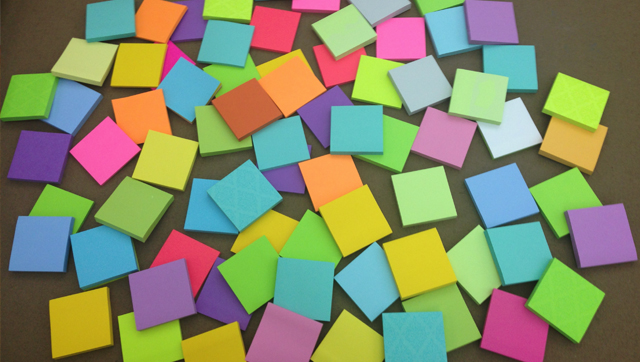 And we went to work, slaving thru the night. Thinking of how we should intervene. Our head of the video team Sir Christian took matters into his own hands posting the words “Game On” across half our floor windows.

Each day we are strategizing a new addition to our windows. For we will not stop until all windows are covered. And until #postit supplies us with our case of weapons and declares us the champions!!!

To the death! Vive #TeamPulse 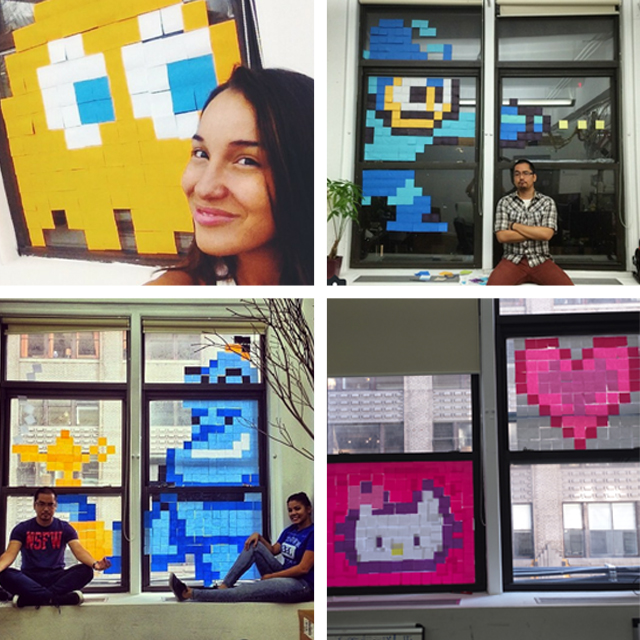 Please note, we do not work for or with Post-It products or any affiliates. This battle is one of buildings, windows, and creativity. Post-It weaponry was purchased by Pulse Creative soldiers of free will. But we felt our war story must be shared.