DON’T BE THAT PERSON AT THE SHOW 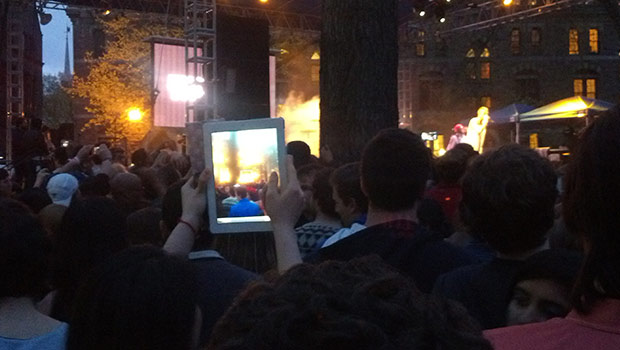 Look… for music lovers, concerts can be the best way to connect with the tiny voices they hear in their headphones all day. For me, it’s the best way to support my favorite artists because, let’s face it, merch is expensive as hell at shows and streaming music services still need to figure their shit out (just ask Thom Yorke). So it sucks all the more when that asshole in front of you won’t put down his stupid phone. I’ve been to enough of these things to know that this guy won’t be the only person to ruin your night. Here are some more people to watch out for (and stay away from) when you hit up that concert you’ve been so amped to go see: 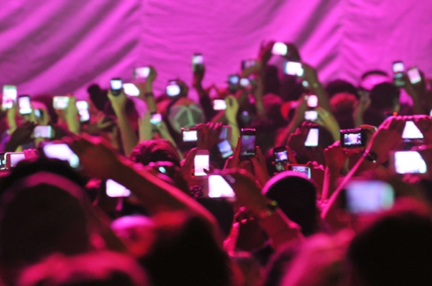 The Guy Who’ll Watch The Entire Show From His Smartphone

We get it. I get it. This is obviously your last day on this Earth and you want to record the shitty band playing right in front of you for your grandkids to remember you by. Fine. Seriously though. If this is your last day on Earth, it’d probably be better to do you and enjoy the show through your very own eyes. You’re ruining the show for whoever’s behind you (me), for yourself and for the band. Put it away. Those 30 secs of footage are going to be shit anyway. Look up and enjoy the real show. Even if the band is awful. 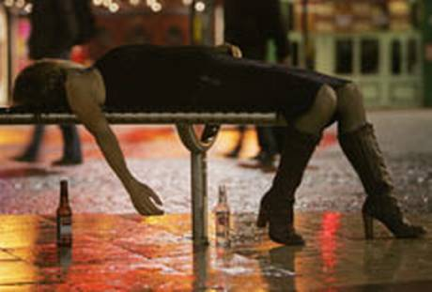 The Girl From Long Island That Can’t Handle Her Drugs

We’re going to go ahead and group the people who can’t handle their booze here too. So, that girl in front of you that keeps slapping your face with her stupid hair as she keeps rolling her stupid head around? She can hang with those people who can’t handle their own. She already knocked most of the $14 beer out of your cup AND she wants a swig. Slap her. She should’ve tried the molly last Tuesday night at Greg’s stupid fucking apartment before doing it here for the first time here. It’s Bon Iver, Sally, not fucking Skrillex.

*Editor’s Note: This blogpost does not represent the thoughts or opinions of Pulse-Creative. Meaning: Pulse-Creative does not condone any violence or abuse. 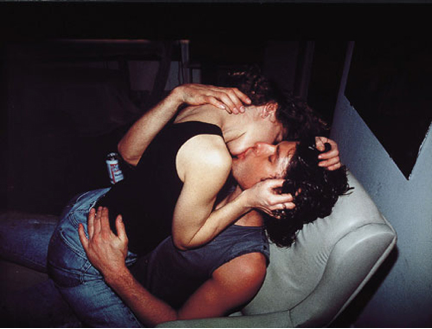 The Couple About To Have Sex On The Floor

Yes, music can be sensual. It can play all sorts of mind games with them loins and excite some deep-seeded, much-wanted hate sex. You’re making out and now you want to bump uglies. But do us a favor, unless we’re all going to get some, go someplace else. You both probably look ugly as hell in this light anyway and who wants to see two ugly people about to make a baby, right? Do me a solid; listen to the album at home. Fuck there.

The OTHER Lead Singer, Singing Right Into Your Ear

If you’re going to a live show, yes, you should always expect those people that know every lick, every lyric and every note. Go you hardcore fan you, go. But don’t do it the whole damn show; you’re ruining the concert for the person to your left, to your right, pretty much everyone within a 5-foot radius of yourself. We came to hear the sulking dude/overeager DJ/12-member cult on stage, not you. Try karaoke next time. 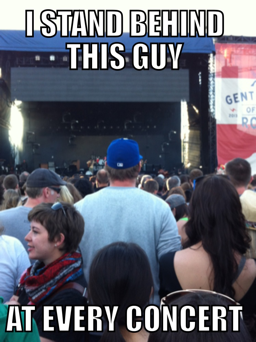 The Dude Taller Than Kobe

Fuck it, lets throw in stupid hats here as well (although that’s more of an outdoor festival kind of thing). Yes you can’t help it that you’re tall, but it doesn’t mean you aren’t annoying the person behind you who’s trying to enjoy the show. If you’re tall enough to play basketball professionally then maybe go do that instead of picking the spot RIGHT IN FRONT OF ME to stand for the whole set. You’re a tall person; go stand in the back or in the wings. There’s no real solution here, sorry. You’re tall and that sucks for the small folk. And unless you’re Bear Grylls, you should take that hat off, it’s not going to rain in here.