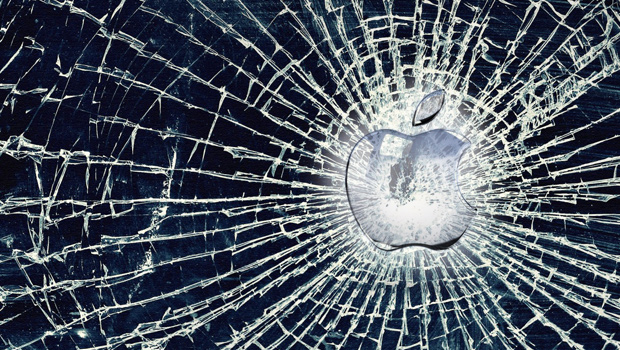 I swear everything Apple does now, is complete shit. I’m not trying to worship Steve Jobs’ manhood or anything, but ever since Steve Jobs died, Apple has taken a turn for the worst. And the only reason why they’re still successful is because of the little gadgets Jobs thought up before his early demise. Now, I am not some anti-Apple hipster who thinks Apple is garbage. I don’t think Apple is garbage, I know Apple is garbage. So much so, that almost every electronic I own and use is an Apple product, unfortunately. 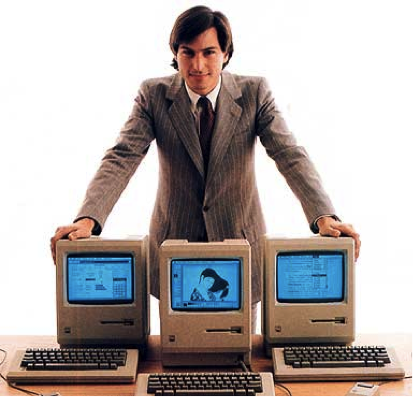 Okay okay, I know. Steve Jobs died, and he was the core of Apple. But Jobs’ successor, Tim Cook, has been head of the helm at Apple for the past two years; I can’t tell if he’s even trying. Is anyone at Apple even trying??? Apple used to be innovative and captivate the imaginations of billions around the world. Steve Jobs had a vision of “a personal computer for everyone” and he fucking did it, millions of times over. Jobs (along with Apple, at the time) invented things that made our lives easier, and better. The original iPod when it came out was amazing. It was “the size of a deck of cards,” as Jobs stated, you could store your entire music library on it, it had a rechargeable battery, and it fit in your pocket. My first MP3 player was a cheap chunk of plastic that stored about 30mb of music, and ate AA batteries for lunch. My first iPod totally blew my balls off. It was a very monumental moment in my life. Now, all I want to do is throw my goddamn iPhone into a goddamn wall.

I own a 16gb iPhone 4S, and for a device that calls itself a phone, it’s used for everything but calling, and costs about $100 a month to carry around. It’s the most stressful and maddening device I have ever used in my life. Whenever it locks up or is slow for a few seconds, I see red and want to have a nervous breakdown. It’s also only 16gb, and I am pretty much held prisoner to that amount of hard drive space. I have absolutely no music on my device. I don’t record videos. But when I do I use the front facing camera, because anything you record with the rear camera is an absolute hard drive pig. I guess on the bright side, I can update everyone on Facebook when the line is slow at Starbucks, or if I didn’t get my receipt at Dunkin Donuts. Because, you know, all of that stuff matters. But wait, I hate Facebook. Why the hell do I bring that curse with me everywhere I go now??? I am 100% serious when I say, the iPhone (and other devices alike) has actually made everyone’s lives worse. I was at a birthday party last week and everyone’s iPhones were illuminating their ugly faces as they were looking down ignoring each other. You can’t even have a conversation with another person without them getting distracted by Facebook, or Angry Birds, or Crushed Candy, or Candy Curse or whatever that game is called, or something equally as shitty and pointless on their iPhone. And if you ever try to take it away from them, they will fight you.

I also hate going to shows and having to watch a show through the iPhone screen of an asshole in front me. Put your iPhone down idiot. Nobody gives a fuck you’re at a John Mayer concert, so it doesn’t matter how many #############hashtags you use. You’re an idiot. Enjoy the fucking show without all the bullshit. 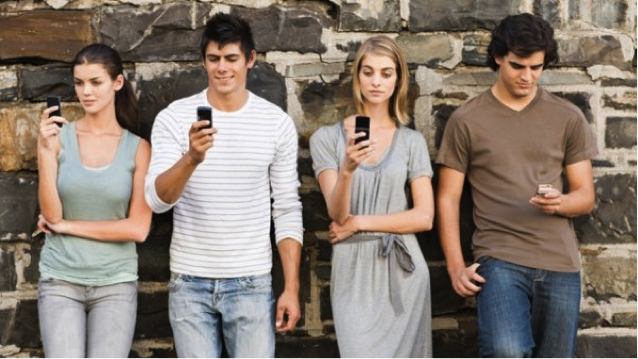 There’s nothing more social, than being at a social gathering, checking social media and checking in on social media. It just makes you seem more… “social.”

Anyhow, before I go trail off on anymore tangents. This is what really put me in a dark place with Apple, and life, quite frankly. I updated to iOS7 back in June. Now I realize, iOS7 had not been released to the public yet, and you’re supposed to be a “developer” and give Apple $100 to be granted use of the new fancy operating system. iOS7 is still in beta, so I’m not going to rip on it because of that. I can live with the bugs, that’s fine; those are being worked out. Years prior, I had “jailbroken” iPhones, so this wasn’t my first barbeque modifying iPhones and doing things “that I shouldn’t be doing.” But what ruffles my feathers is the fact that Apple totally fucked my phone up. Yes…Apple fucked it up. It has nothing to do with me installing hacked software, or a faulty beta operating system; it was Apple that took a big runny shit on me. It literally happened out of the blue last week, as I was checking my Facebook (you know, making good use of my time). The message read something like “you don’t have a developers account to use this operating system.” There were no options; just locked on this screen. So essentially, my iPhone 4S is “bricked.” Everything on my phone up to this point is gone-zo. The last time I backed up my device was when I upgraded to iOS7. So I lost nearly three months of content. 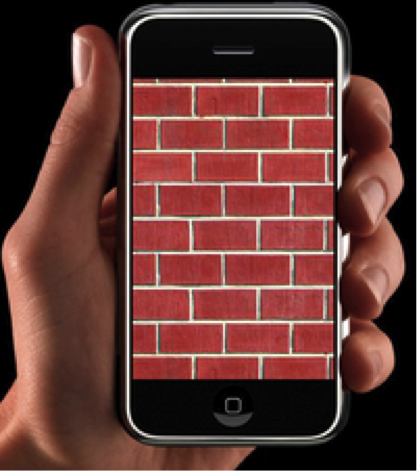 Why the fuck did you brick my goddamn phone you assholes??

I did nothing wrong. This wasn’t pirated software; I wasn’t stealing anything. It’s a fucking operating system for fuck sake. Apple is shitting me. I’ve given Apple thousands for their products and services throughout the years, and I will not hesitate to buy a droid. I swear to god, I am dead fucking serious. These are the kind of incidents that turn normal people into stone cold serial killers.

So, as if Apple bricking my phone and erasing all my content wasn’t enough… I couldn’t just easily restore my phone back to iOS6. I somehow have multiple Apple ID’s. I only want one, but fuck that, YOLO. On top of that, (I’m not making this up) I have about 10 different Apple ID passwords that will periodically work depending on whenever Apple wants them too. The reason why I have so many passwords is because sometimes, none of my passwords will work, so I have to “reset” the password, and you cannot use a password that you’ve previously used before, and they have to have capital and lower-case letters and numbers. And I’m not mistyping anything, or forgetting to turn off the caps lock when entering my passwords. It really makes no logical sense. In a normal universe, when a user changes their password, that becomes the only password that works. But, of course, Apple likes to “Think Different” on such things. 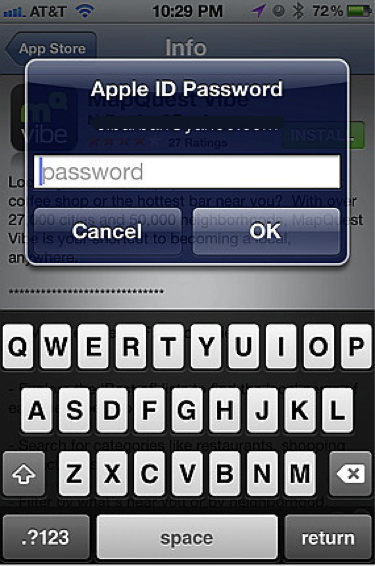 Meanwhile, I wouldn’t have lost everything if iCloud actually worked. iCloud is just utterly useless and annoying as hell. I don’t know why, but I’ve given iCloud a couple tries after all the hullabaloo of clouds being the future. It seemed easier to back up my phone ‘in the cloud’ as oppose to my computer that could explode. All I can say is, iCloud sucks. iCloud never could store my content, because I don’t have enough space ‘in the cloud.’ Okay, cool. But why does Apple have to remind me every ten minutes, “Not Enough Storage: This iPhone cannot be backed up because there is not enough iCloud storage available. You can manage your storage in Settings.” That’s great, I remembered when you told me the first time. Notifying me a ten thousand times makes no difference. STFU, iCloud. 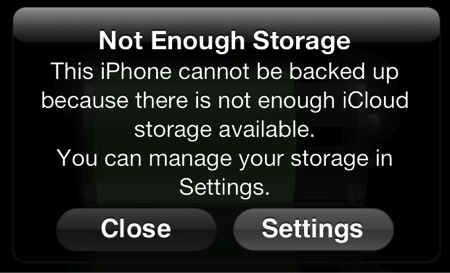 I got it, iCloud. You burned this notification into my screen. 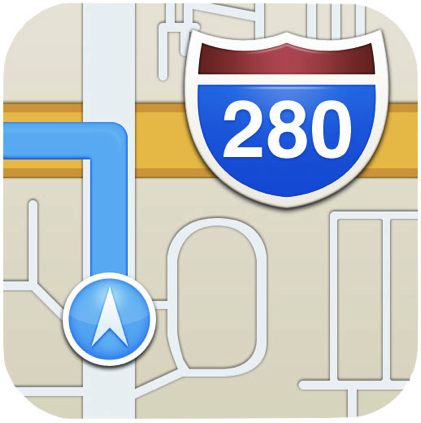 According to Apple Maps, they want you to jump your car off a bridge, like some kind of stunt man with no regard for humanity, onto the 280 highway… Is this some kind of prank???

The maps app, my god… what was Apple thinking when they released their own Maps application that replaced Google Maps (which was a perfectly functional map)??? I about shat myself, seriously. Apple Maps is like a 2nd grader’s unfinished science project. Apple Maps is not just an embarrassment to Apple, not just to people who use Apple Products, not just to humans, not just to the Earth, but it’s an embarrassment to this entire Universe. What I hate most is, now Apple Maps is the default map application. So I’ll be using the browser and I’ll need to get directions and then, “what the fuck, why is my phone launching this broken, dysfunctional disaster of a map?” Now, I live in NYC, and Apple Maps still doesn’t take anyone who takes public transit seriously. The 3D thing was kind of cool, I guess. If you ever wondered what NYC would look like if it were rendered on the Nintendo 64, well there you go. Most of that 3D stuff looks like trash and loads slower than snail turds anyways, and not many other cities are rendered at all. Thanks Apple, you guys did a super job with the maps.

But yes, Google did eventually release their own maps app, again. So I’m back to Google Maps, and I use it exclusively, for obvious reasons. But what’s most annoying is I have to either memorize entire addresses, or try to make a selection on a touch screen, copy it, and then paste it into Google Maps. And making a selection, then copying and pasting is no easy task on a touch screen device. It’s a pain the ass. It’s like performing very precise open-heart surgery on a rat or something with your index finger and thumb. I don’t know… that’s the most literal thing I can think it’s like. 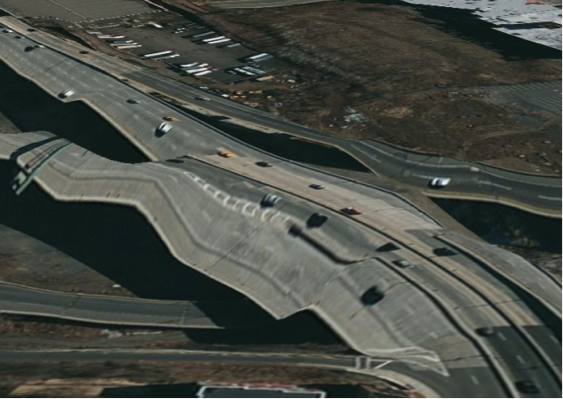 Check out the amazing Apple Maps. 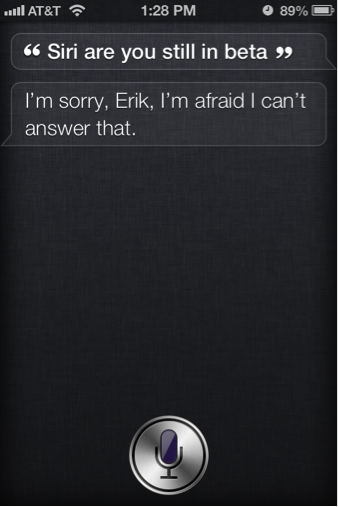 Is that all you have to say?

Siri is the “personal assistant” (poor-man’s personal assistant at that), which debuted about two years ago on the iPhone4S. Apple tried covering their asses at first by saying Siri was a work in progress and was still in “beta.” Well it has been two years, and Siri is still just as sluggish and useless as it was then. I’ll ask where can I get Chinese food and Siri will honestly tell me to go to some abandoned building around the block. Is this another prank by Apple, or are they just that broken??? Have you ever rotated your iPhone horizionally, and then Siri comes up? Now, I know it’s a glitch, but it’s never been fixed. I’ve been in mid conversation with people, and Siri will feel like interjecting with her insane garbage. I will say, Siri is my half serious “personal assistant” (only half-serious), when it comes to escort hunting, or advice for suicide and abortion.

Cables and adaptors are junk

Even all my cables are falling apart. The rubber on the cables is just falling off. The cable is like a shedding dog, until it’s just exposed coiled wire. Totally safe. I’m afraid I will explode if I touch it. 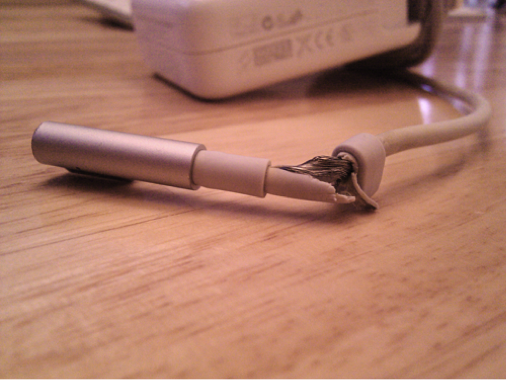 Time to buy another annual MacBook charger for $90 at the Apple Store. 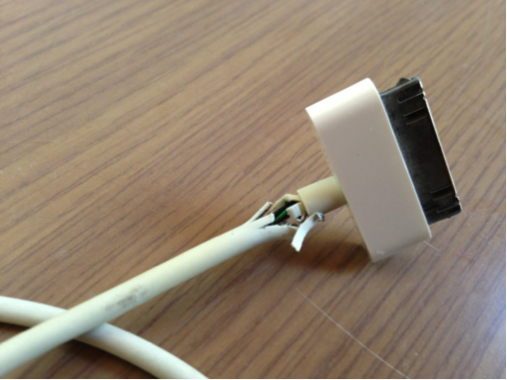 In conclusion; everything Apple touches now, turns to shit. Literally, turns into dog diarrhea. There hasn’t been anything new from Apple in quite a while, and what we do have, is not improving really at all. The problem is, Apple doesn’t even care that they suck. And at the end of the day, Tim Cook and the rest of the dopes at Apple will just laugh in our faces as they continue to be the most profitable company in the world.

As the office rock star, Erik does it all – from graphic design and illustration to production and writing. Erik’s unique talents blend technical knowledge with practical experience. In addition, Erik has been producing and performing in a variety of extraordinary projects in and out of the office.